By Dr. Gordon Andrews
Originally published in the July 2014 issue. 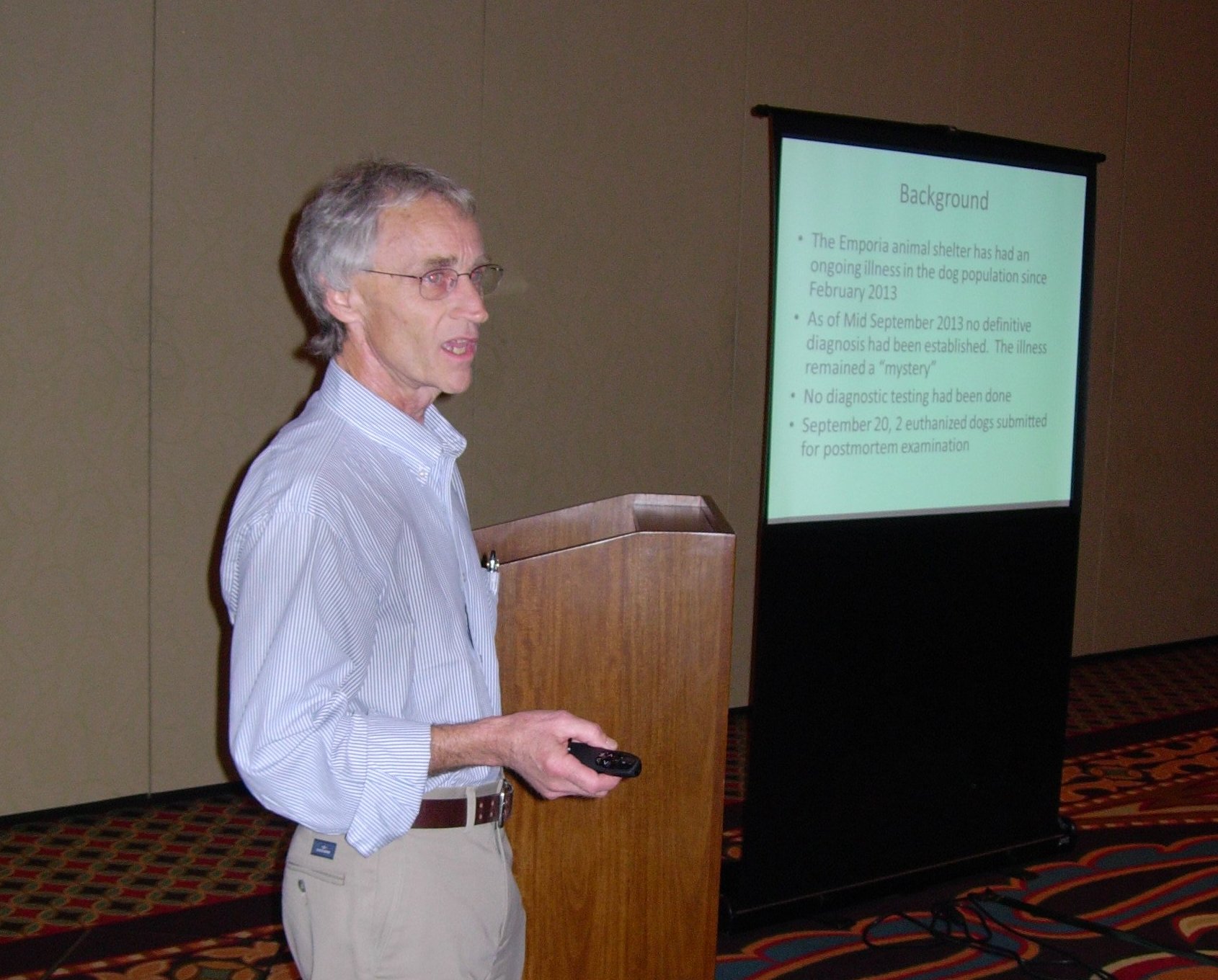 I recently received a 6-month-old calf for necropsy examination with a history of acute onset of neurological signs including blindness, recumbency, opisthotonus, paddling, and death within 12 hours of the onset of clinical signs. The submitter wanted to rule out rabies, and the rabies test was negative. There were no gross lesions in the brain or any other organ systems. The owner did not wish to pursue any additional diagnostic testing at that time. Within 2 days, 2 more calves from this group died with the exact same clinical signs and were submitted to me for complete necropsy examination to establish a definitive diagnosis. I was suspicious of lead toxicity, so collected whole blood from both calves for lead testing. Toxic levels of lead were present in the blood of both calves. I spoke with the owner about the diagnosis. He had also considered lead toxicity and had already searched the premises where the calves were held but had been unable to find any source of lead. Lead toxicity is the most commonly diagnosed toxicity in cattle at the diagnostic laboratory. Lead is found in many home, agricultural, and industrial products, and combined with cattle’s curiosity, licking behavior, and indiscriminant eating habits makes lead toxicity common.

In order to protect the other cattle from possible lead poisoning, it is crucial to identify the lead source and remove it. However, finding the exact source of the lead exposure is not always straight forward. In cattle, common sources of lead are discarded auto / machinery batteries and improperly disposed of used motor oil. Other farm and ranch sources of lead include; grease, lead tire weights, linoleum, pipe fitting compound (pipe dope), shotgun pellets or lead bullets, lead-based painted wood, or those paint chips that have fallen off older barns or outbuildings.

In this case, the owner was unable to find any of the common sources of lead listed above, so submitted soil samples collected from the site of an old outbuilding which had burned down to the KSVDL Toxicology Laboratory. These soil samples contained very high levels of lead. Lead in soil can cause toxicity by direct ingestion of the soil or by inhalation of dust from the soil. Lead poisoning in animals should be considered a sentinel for possible environmental contamination by lead which can result in toxicity for other animals or humans, particularly children.

Next Article: Maximizing the Diagnostic Potential of Skin Biopsies
Return to Index