In this issue, we celebrate and honor our colleague and friend, Dr. Gordon Andrews, with a collection of his previous contributions. 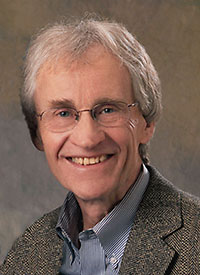 Gordon Andrews was born on October 13, 1953 in Batavia, New York.  He received his bachelor’s degree from Cornell University in 1971 and his doctorate of Veterinary Medicine from Oklahoma State University in 1984. He practiced in a general and emergency medicine practices in a New Jersey. In 1987 Gordon entered Kansas State University earning his doctorate in anatomical pathology in 1991, completing his veterinary pathology residency in 1992, and became a Diplomate of the American College of Veterinary Pathology the following year.  He was a professor of diagnostic pathology in the KSU College of Veterinary Medicine for 22 years.

During those 22 years, he trained, taught, and mentored 27 pathology residents and hundreds of veterinary students.

Dr. Andrews’ survivors include his wife Mary Anne and his two daughters, Katherine of Lawrence, KS and Emily of Manhattan. He is also survived by his parents Gordon and Barbara Andrews of Del City, Oklahoma.